Maudy Ayunda is one of those rare talents that transcend medias. Complementing her impressive dossier in film, music, and literature is her relentless passion for youth and education.

Maudy is a singer-songwriter with two albums and a series of singles under her belt. Her single Untuk Apa has garnered 67 million views and 52.5 million streams in the last year on YouTube and she has been streamed 22.3 million times by 2.9 million listeners from 79 countries on Spotify. She is currently working on a mini album. Since her award-winning breakout role in Untuk Rena, Maudy has starred in a number of popular films, most notably in Perahu Kertas and Habibie & Ainun 3 and her latest film called Losmen.

In addition, Maudy has written the children’s book series KINA and the book Dear Tomorrow: Notes to My Future Self. The latter has sold 27,000 copies and is in its 9th edition.

The Oxford University and Stanford University graduate has also founded several foundations and spearheaded many social campaigns. In collaboration with her fellow MBA graduates from Stanford University, Maudy is in the process of developing Inspira Edu, an education platform for direct one-on-one mentoring programs to be implemented in several countries.

Due to Maudy’s ingenuity, she has won and been nominated for several awards for her works in music and film. She was listed in Forbes Indonesia 30 Under 30 and is one of the Global Shapers at World Economic Forum. 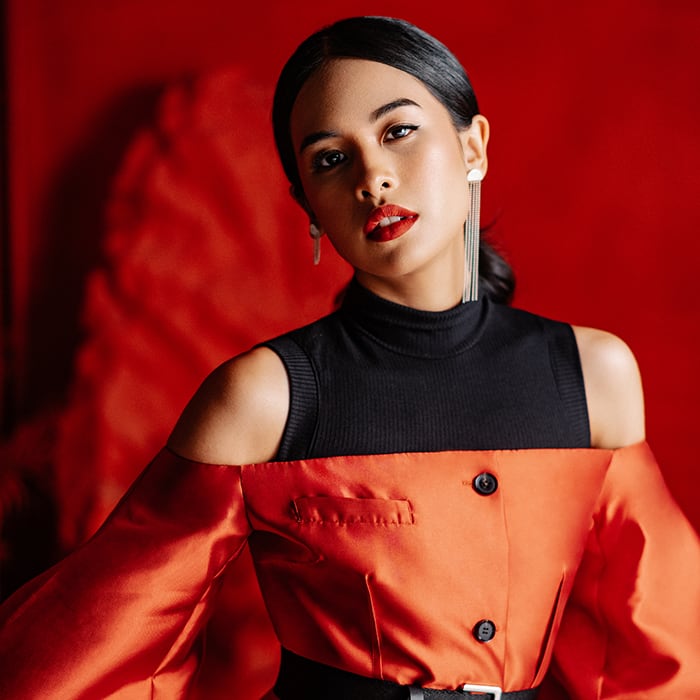